So Windows 8 is out. You will have fun getting used to it if you buy it. It costs $40 (or $14 if you are resourceful, just find an eligible laptop on Bestbuy's website and register it. You don't need the serial number.). Also, it does not include Media Center, however you can get it free for a limited time, then it will set you back a few more bills. There are three versions. Windows 8, Windows 8 Pro and Windows 8 RT. Pro will allow you to connect it to a domain and encrypt your disks and RT is for Tablets running on mobile processors. Enjoy Your new OS!

Update 8/16/2013: Obtaining Windows 8 for $14, and Windows 8 Media center for free is no longer available at this time. Keep checking back once in a while for Media Center, however. It may be offered at a discount in the future.

It's been a little while - Raspberry Pi

It has been a little while since I have been here, but I now have more to share. I love to mess around with electronics about as much as computers in my spare time and have recently played around with Arduino, which I love. I built a self balancing bot, but I have been having a lot of difficulty with the programming of it. So I've taken a break from it for a while. I will post all the info when I pick it back up. 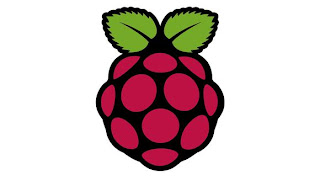 In my boredom, I have recently found a micro sized computer called Raspberry Pi and have fallen in love with it. This computer which is roughly the size of a credit card is only $35 and packs a punch. It's not the fastest thing in the world, but it is capable of amazing things. I wont go into the details, but I will say that it is built around an ARM11 processor, has 256MB RAM, HDMI/Composite Out, audio, USB, Ethernet and is powered by only 5 volts through a micro USB cable. 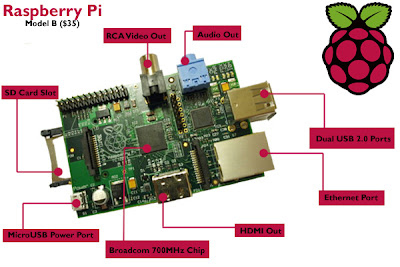 My co-worker and I both bought one of these and have tried out several operating systems including Debian Linux and XBMC. I have found out that some folks have even installed Android 4.0 ICS on the RPi (Raspberry Pi). My co-worker plans to use his for a carputer and I... Well, I'm not sure yet, but I will definitely install Android on mine because of the absurdly large Google Play Market chock full of software designed for the ARM processor and Android. Several thoughts I've had are: a micro HTPC (Home Theater Personal Computer), an extremely small computer for the kids and a refrigerator accessory to create a shopping list and allow me to scan the bar-code of exhausted food containers. 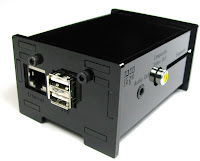 Today I also found a couple of RPi cases that I really like. The Adafruit Pi Box and the Built-To-Spec RPi Enclosure Kit which I bought and found that the case schematics were open source, which is always a plus for me.

There are a large number of accessories available for the RPi also.
Here are some of the many sites that stock them.
If you would like to share your info about your RPi or have questions, post a comment below.

Update: For those of you interested in getting a Raspberry Pi, now is the time. The Raspberry Pi model B is now being shipped with 512MB of RAM instead of 256MB.This should facilitate the issues with the Android builds.